French philosopher, filmmaker, and the author 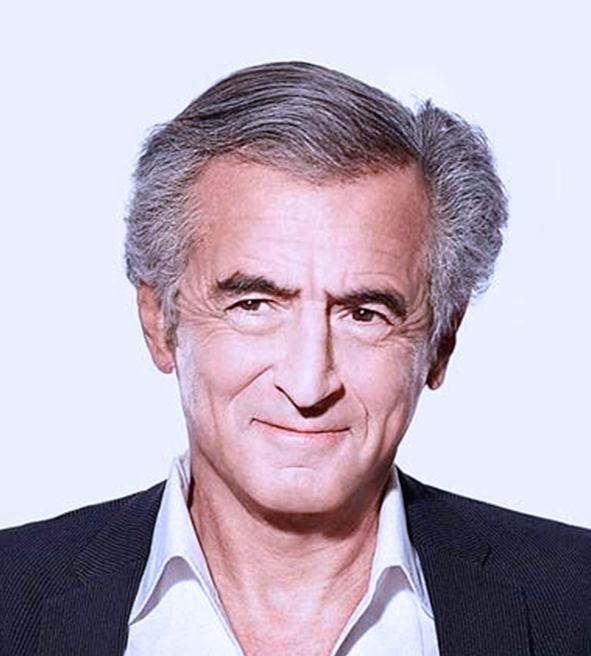 He directed six documentary movies. His most recent film is entitled Pourquoi l’Ukraine (Why Ukraine) and is an urgent call for all democratic countries and citizens worldwide to take action, not to tire of their support, and to stand with Ukraine now more than ever.

Lévy has been very involved with Ukraine for many years. He addressed the crowd on the Maidan in 2014; represented the President of France at the 75th anniversary of Babi Yar commemorations; met President Zelensky the days before his election; embedded with the Ukrainian military in Donbas in 2020 and has been back and forth countless times encouraging the brave Ukrainian people in their fight for democracy.

Past films include: Bosna! (filmed in 1993-1994, during the siege of Sarajevo), The Oath of Tobruk (his diary of the Libyan revolution in 2011), Peshmerga (a road-movie, filmed in 2015, along the 1,000 kilometer frontline separating ISIS and the Kurds) and The Battle of Mosul (during the liberation of Mosul, Lévy was embedded with the Kurds and, then, with the Iraqi Golden Division). His 2021 documentary, The Will to See, is an unflinching look at the world’s most unreachable hotspots in 2020 and included the war in Donbas, Afghanistan, Nigeria, Somalia, Iraqi and Syrian Kurdistan, Lesbos and Bangladesh.