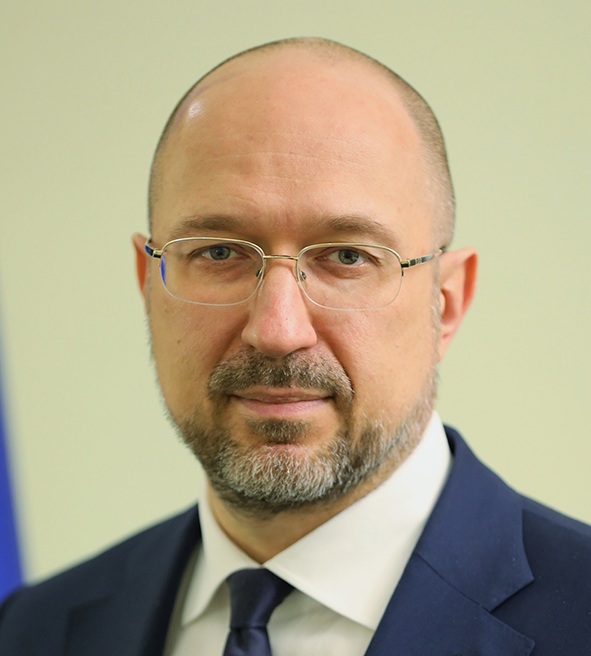 Denys Shmyhal – Prime Minister of Ukraine, Member of the National Investment Council and the National Security and Defense Council. Candidate of Economic Sciences.

In 2003 defended dissertation on the topic: “Development of production infrastructure of the region in market economy conditions”.

On August 1, 2019, President of Ukraine Volodymyr Zelenskyy appointed Denys Shmyhal as the Head of the Ivano-Frankivsk Oblast Administration, where he worked until February 4, 2020.

From 2017 to 2019 held senior positions at “DTEK Zakhidenergo” compamy. In particular, he served as the Director of the Burshtyn TES.

In 2015-2017 he worked as Vice President, CEO, Member of the Supervisory Board of “Lvivholod” company.

From May to December 2014 – Deputy Head of the Lviv Oblast regional office of the Ministry of Revenues and Duties.

In 2011, he also chaired the Board of the NGO Institute for Regional Development, which analyzes regional development issues and decentralization reform in Ukraine.

In 2003-2009 he worked in top-level management positions in companies of Lviv region.