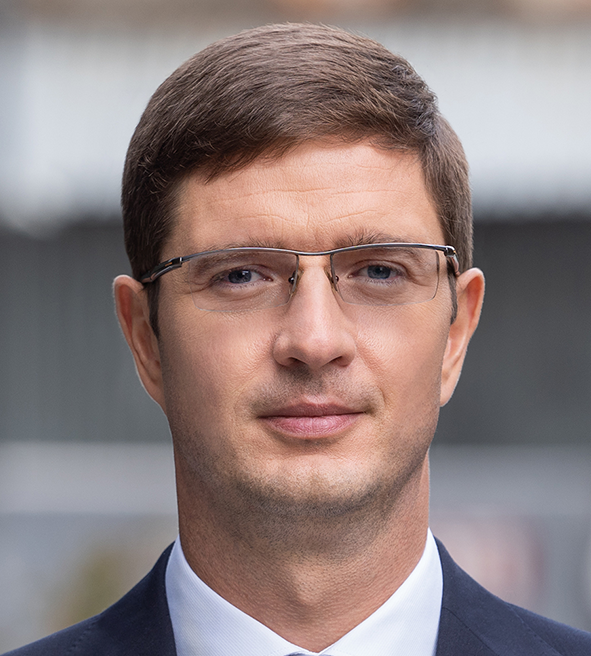 Mr. Sakharuk began his career at Philip Morris Ukraine in 2004, and then joined an international law firm of Squire, Sanders & Dempsey LLP in 2008.

He joined DTEK team in March 2010 as the Deputy Legal Director, becoming the head of department in 2011.

Dmytro Sakharuk has occupied the position of the Executive Director of DTEK since January 12, 2021.

While working at DTEK, Mr. Sakharuk successfully completed both the Energy leadership program, a joint program organised by the London Business School (UK) and Academy DTEK, as well as the Transfer to General Management program offered by INSEAD.

In 2000, he graduated with honors from the Kharkiv National University of Internal Affairs (Ukraine) majoring in Law. The following year he received a master’s degree in Law Enforcement with honors from the same university. He continued his education at Chicago-Kent College of Law (USA) where he received a master’s degree (L.L.M) in International and Comparative Law in 2002.