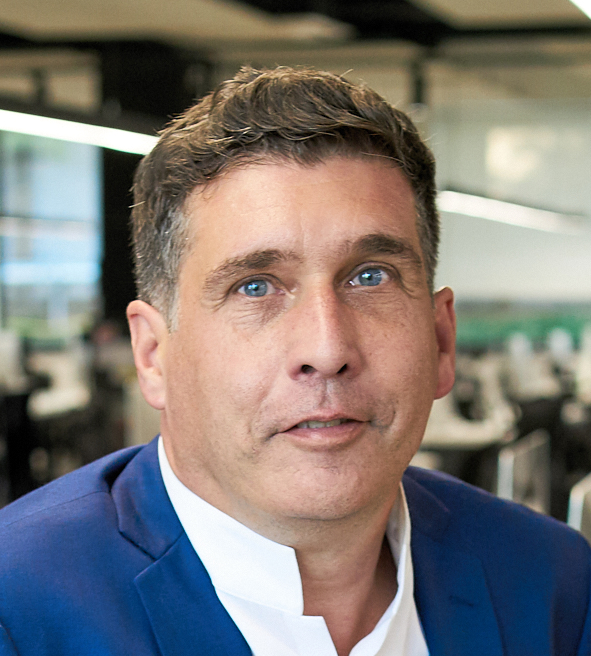 Dominique Piotet is a recognized expert with a 20+ year experience in strategy and operational digital transformation for Fortune 500 companies, both as a consultant and as a corporate executive.

Previously, Dominique was CEO of FABERNOVEL US, the US subsidiary of the global Innovation agency FABERNOVEL, the founder and owner of Rebellion Lab, a digital strategy consulting agency based in the Silicon Valley. Dominique worked and advised directly CEO’s and Government officials in the US, Europe, China, Australia and Japan. Prior Piote was responsible for digital strategy and innovation for BNP Paribas globally. Dominique has become one of the finalists of the global search initiated by UFuture and done by an international team of “Pedersen&Partners” that is specializing in top-level executives. Piote is also a successful entrepreneur with more than 50 investments in the portfolio, a startup mentor and advisor and is part of several nonprofits as advisor and ambassador. Dominique is also co-owner of Sierra Nevada Hospitality group, with two boutique hotels in the Foothill of Yosemite National Park.

Dominique is a contributing columnist for various global publications. He is regularly an invited lecturer for IBM, Oracle, Microsoft, Vogue. He is co-author of the best-selling and award-winning book “How the Web changes the world”, published in four languages (French, Polish, Portuguese, Spanish). Dominique has several awards. He is Knight of the National Order of Merit, given by the French President to recognize his work to support the digital transformation of the French economy and for the bridge he created between Silicon Valley and France. He was recognized as Digital Personality of the year in 2013 and received the price of the best book on technology in 2008.