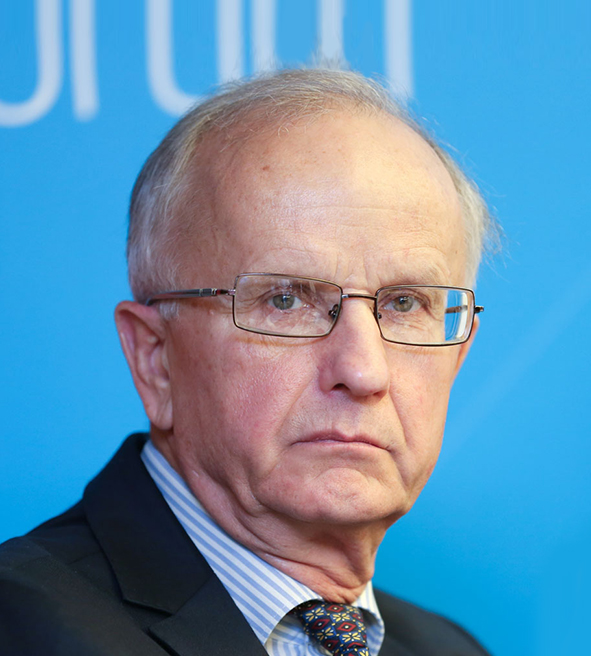 Professor Grzegorz W. KOLODKO is an intellectual and politician, a key architect of Polish economic reforms. Deputy Prime Minister and Minister of Finance of Poland (1994-1997 and 2002-2003).

Member of the European Academy of Arts, Sciences and Humanities. Author of research papers and numerous books published in 26 languages, including international bestseller “Truth, Errors, and Lies: Politics and Economics in a Volatile World” nominated for the Michael Harrington Award “for an outstanding book that demonstrates how scholarship can be used in the struggle for a better world”.

While Deputy Prime Minister and Minister of Finance (1994-97) he led Poland to the OECD. Holding the same positions in 2002-03 he’s played an important role in Poland's integration with the European Union.