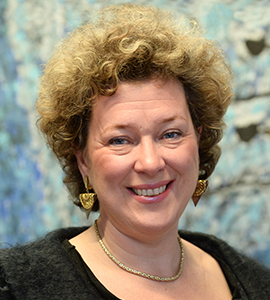 Head of Cabinet to the EU Commissioner for Trade, Cecillia Malmström

After graduating from Stockholm School of Economics with a degree in business and economics in 1986, Maria Asenius started a career in journalism as an editorial writer at Göteborgs-Tidningen from July 1986 to December 1988 and at Dagens Nyheter from January 1988 to November 1988. After that she worked as a freelance journalist in Brasilia and Paris, including work as a correspondent for the Swedish business magazine Veckans affärer.

Between May 1995 and January 2002 Maria Asenius was Desk Officer for the ELDR Group in the European Parliament before she became Political Adviser to the President of the European Parliament, Pat Cox, a position she held until July 2004. She was a member of Olli Rehn’s cabinet from August 2004 to June 2007 and the Deputy Head of Cabinet to Commissioner Olli Rehn at the European Commission in Brussels. After her work as State Secretary for European Affairs in Stockholm she has been Head of Cabinet to Commissioner Malmström since January 2010.