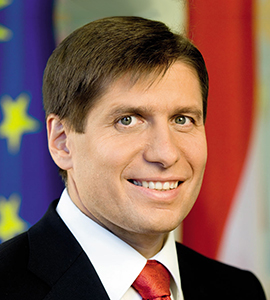 BusinessEurope is the leading advocate for growth and competitiveness at European level, standing up for companies across the continent and campaigning on the issues that most influence their performance. The organisation is headquartered in Brussels.

Before this expereinces, Mr Beyrer served as Chief Economic Advisor to the Federal Chancellor of the Republic of Austria, Dr. Wolfgang Schüssel.

Mr Beyrer read Law and Commercial Sciences in Vienna, graduating in law at the University of Vienna. Later he completed postgraduate studies in European Law at the Danube University in Krems (Austria) and the Stanford Executive Program at the Graduate School of Business at Stanford University.