Founder and CEO of Stekloplast 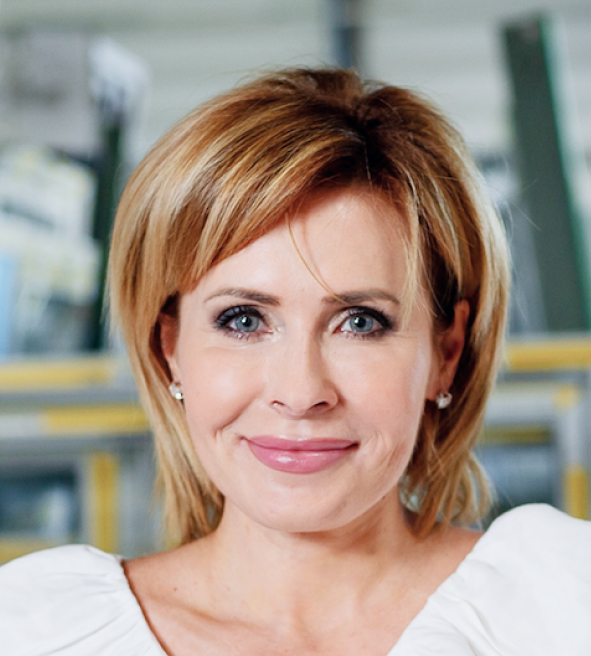 Stekloplast (engineering and production of translucent structures) was established in 1997 as a small regional factory for the manufacture of metal-plastic windows (2 windows per day). Today, Natalia along with her husband (a business partner) runs the company, which includes a modern plant (with an industrial capacity of 1800 designs per day) and a developed distribution network. Stekloplast offers consumers a wide portfolio of translucent structures, as well as engineering services, including glazing of structurally complex facades. 10% of the products are exported to Switzerland, Belgium, Germany, Kazakhstan, Georgia, Australia. The company has created 600 job opportunities for Ukrainians. In the portfolio there are more than 300 construction sites, among others - Central Department, Kiev (dome), Lavina Mall (Atrium), Pushkin Mall, Donetsk (facade), CDC Menorah, Dnepr (facade).

In 2013, Natalia Yeremeyeva became one of the organizers of the Association of Window and Facade Market Participants. The main goal of the association is the development of the market of translucent structures in Ukraine. This is a Formation for all participants- consumers, producers, sellers, a system of transparent rules of interaction.

In 2016, Mrs. Yeremeyeva became one of the initiators of the creation of the Union of Ukrainian Entrepreneurs (PMU) and became a member of the Board of Directors of the Union. SUP is a public organization that protects the interests of small and medium-sized businesses in the country.

In addition, Natalia is a member of the Ukrainian Union of Industrialists and Entrepreneurs, the Association of Owners of Family Businesses FBN, CEO Club Ukraine, Ukrainian Building Community, Associations "Aspen Ukraine", Speaker kmbs. In 2017 according to the New Time she entered the TOP-100 of successful women of Ukraine.

Natalia pursued two higher educations at the National Mining Academy of Ukraine - engineering and economics. In 2013 she graduated from President's MBA-7 in Kyiv-Mohyla business school.