Minister of Finance of Ukraine 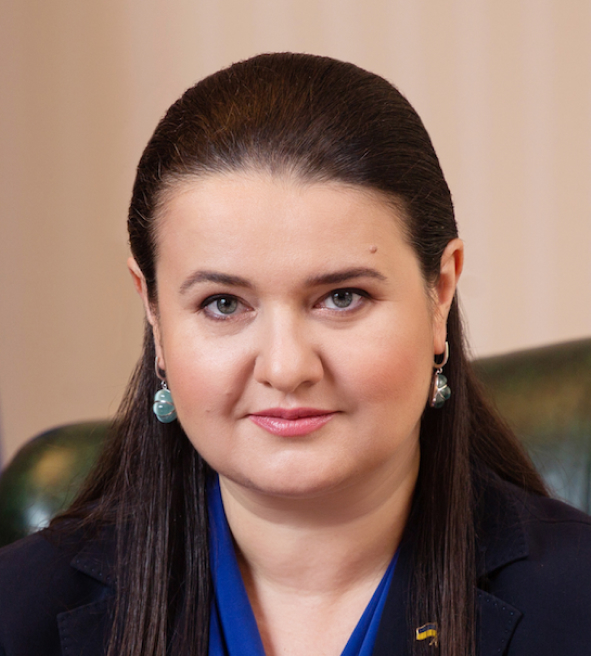 Oksana Markarova is responsible for reforming the public finance management system and is known as the co-author of a successful macroeconomic stabilization program in Ukraine. Mrs. Markarova fulfilled implementation of the medium-term budgetary planning in Ukraine, and in 2019 the Ministry of Finance drafted the first-ever three-year Budget Declaration.

Under the initiative of Oksana Markarova, a single open public finance portal “E-Data” and Ukraine’s Investment Promotion Office (UkraineInvest) were launched. With an active support of Mrs. Markarova, the corporate governance reform in state-owned banks and the state fiscal service reform have become one of the crucial effective reforms within the Ukrainian economic development framework.

Great progress has been achieved in public debt management during the period of Oksana Markarova’s work: in 2018, the debt-to-GDP ratio was reduced from 71.8% to 62.7%, and its further decrease to 43% in 2022 was approved by the Medium-Term Debt Management Strategy.

Before joining the government, Oksana Markarova had worked for 12 years as a board chair and president of ITT Investment Group. In 1998–1999 and in 2001–2003, she worked as an economic policy advisor and a corporate communications manager at a U.S. investment fund Western NIS Enterprise Fund. In 2000, she interned at the World Bank headquarters, focusing on the banking sector and financial markets in Europe and Central Asia.

Оksana Markarova is a member of an Advisory Board of the National University Kyiv Mohyla Academy, an Assembly of Friends of the Ukrainian Catholic University and an international Young Presidents’ Organization.