Head of the Department of Publicistic Projects, author and anchor 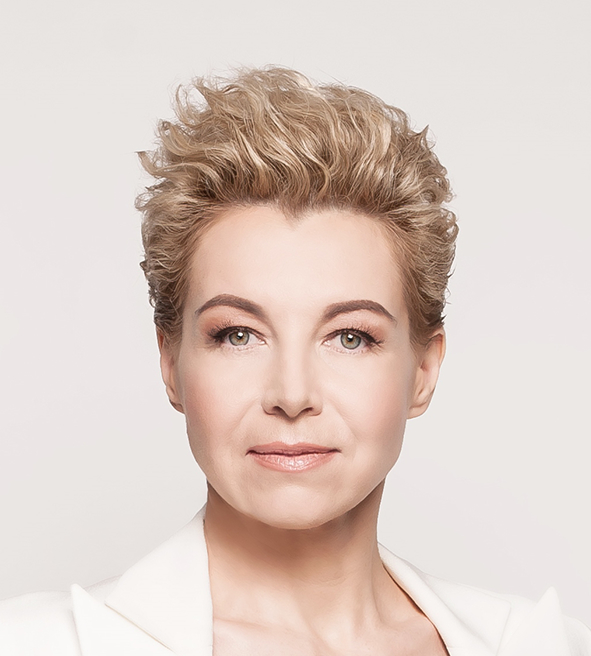 During 25 years of her career, she grew from the junior editor of a regional company to the head of one of the most influential analytical program of the country. She is a Producer of more than a dozen burning social television projects, among them “Maximum in Ukraine” and “Insaider”.

Since March 2007 – Honored Journalist of Ukraine.

Oksana has started career in ICTV from 2000. First as a reporter and then as a parliamentarycorrespondent. At the end of 2001 – as the anchor of “Facty”, opened the morning broadcasting of the channel.

In 2004, she left her job in television and take up the position of press secretary of the Prosecutor General of Ukraine. One year after she has returned to ICTV. In 2006, as the chief editor, shelaunched the program “Svoboda slova z Savikom Shusterom” on the Ukrainian market.

Since February 2006 – the author and the anchor of informational and analytical final news weekly.

The team received 4 statuettes “Teletriumph” in the nomination “The best final (analytical) television programme”. In 2011 – a personal award in the nomination “Best Anchor”. From January2017, the weekly became in an updated format and called “Facts of the Week. 100 minutes with Oksana Sokolova”.