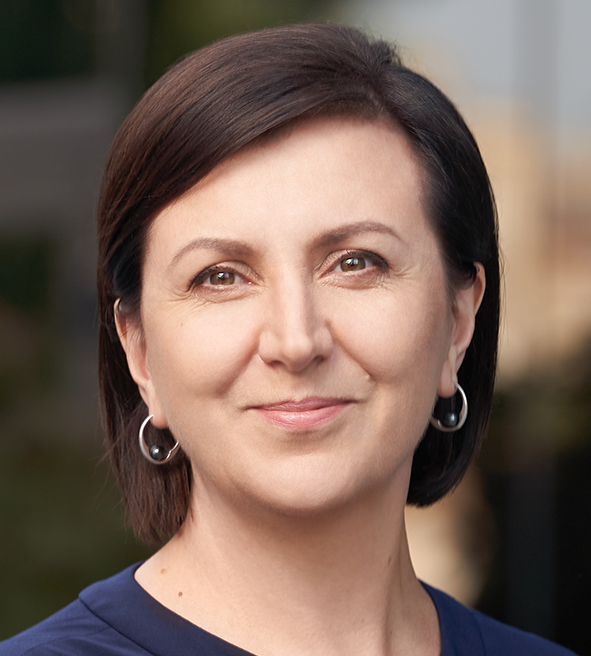 She began her career in 1995 at Nova Mova television company. From 1997 to 2008, she worked on creating a 1+1 brand as Creative Director of the 1+1 channel. In 2009 – 2010, she held the position of the Strategic Marketing Director at the National Media Group, Moscow. From 2011 to 2018, she headed the Strategic Marketing and Communications Directorate of Media Group Ukraine.

Graduated from the National Academy of Visual Arts and Architecture with a degree in Architecture. In 1996, Olha Zakharova completed postgraduate studies at the Kyiv Regional Scientific and Research Institute of Experimental Design and Construction.