Co-owner and CEO of Modern-Expo Group 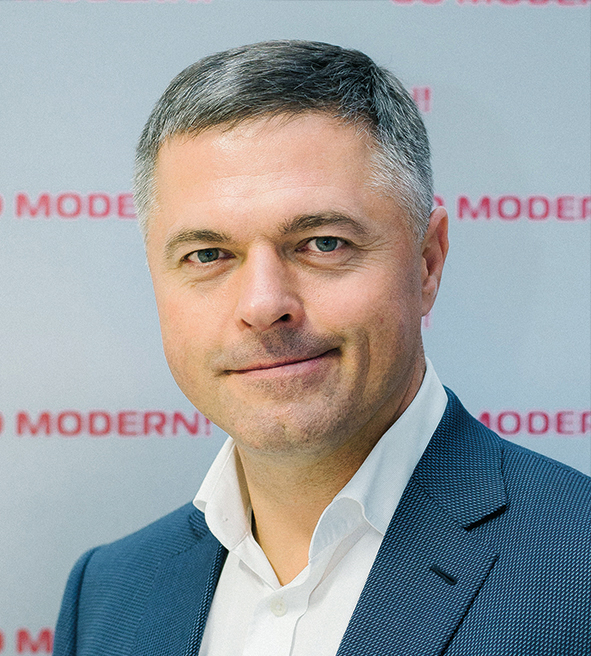 In 1993 he graduated from the Faculty of Geography of Lutsk Pedagogical Institute.

Since 1997, he is a Co-owner and CEO of the international holding Modern-Expo Group.

Modern-Expo Group is an international holding, one of the leaders in manufacturing and supplying of complete retail solution in Central and Eastern Europe. The company works globally, supplies its solutions to 62 countries of the world and runs over 112 000 m production. Its plants with total area of 112,000 m2 are located in Ukraine and Eastern Europe. The front offices are located in France, Poland, Belarus, Germany, United Kingdom, and the UAE.