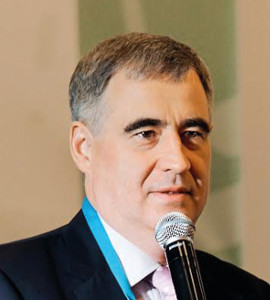 He was appointed a Head of Commercial Representative Office of BBC World News. In 20012 he was appointed a Head of BBC Commercial Representatives of BBC Worldwide in Armenia, Azerbaijan, Belarus, Estonia, Georgia, Kazakhstan, Kyrgyzstan, Latvia, Moldova, Russia, Lithuania, Tajikistan, Turkmenistan, Ukraine and Uzbekistan. In 2015 Iran was added to this list.

As an expert on international media since 2009, he is organising training courses “Strategic Communications and Nation Branding” at BBC Headquarters in London twice a year. Since 2010 he has held seminars and lectures in Armenia, Azerbaijan, Belarus, China, Germany, France, Russia, South Korea.

Prior to his appointment at BBC World News and BBC Worldwide, he held a position of Managing Director of Dars Consulting (UK) Ltd. leading projects on regional and corporate branding as well as strategic communications, PR, GR and IR.

He was elected a Member of the Institute of Directors in the United Kingdom in 1999. He is a member of Patient’s Advisory Group at Chelsea and Westminster Hospital.