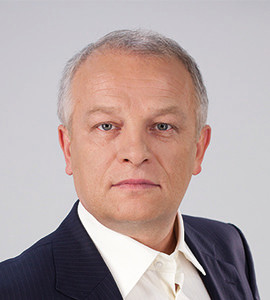 Before starting his political career in 2012, Stepan Kubiv was one of the most successful top managers in Ukrainian banking sector. He served as a Chairman of “KredoBank” (owned by Polish capital) for 8 years. During his governance, a little local bank became an all-Ukrainian financial institution. Later on Stepan Kubiv became a People’s Deputy of Verkhovna Rada (2012-2014), a Head of the National Bank of Ukraine and a member of Council on National Security and Defense of Ukraine (Feb-June 2014), a President’s representative in the Parliament of Ukraine (2015-2016)

During the Revolution of Dignity (2014 Ukrainian Revolution), Stepan Kubiv acted as a commandant of key buildings, seized by anti-government protesters.