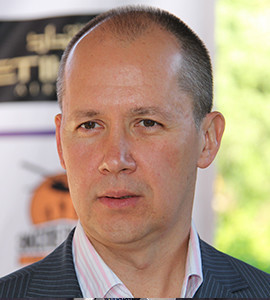 Assistant to the President of Belarus (science and technologies) 2002-2005;

Ambassador Extraordinary and Plenipotentiary of the Republic of Belarus to the United States of America and United Mexican States 1997–2002;

First Deputy Foreign Minister of the Republic of Belarus 1994–1997;

Adviser to the Executive Secretary of the Commonwealth of Independent States 1993–1994;

Ministry of Foreign Affairs of the Republic of Belarus 1991–1992;

Author of 80 articles on information technologies and world economy and author of 20 publications on e-government, hi-tech development and intellectual property rights. Among others are publications in Foreign Affairs, Journal of Commerce, Washington Post, Frankfurter Allgemeine, Horizons. Author of the book “By the Road of Dragon States” on the economic development of new industrialised nations of South-East Asia and “Man everlasting”.