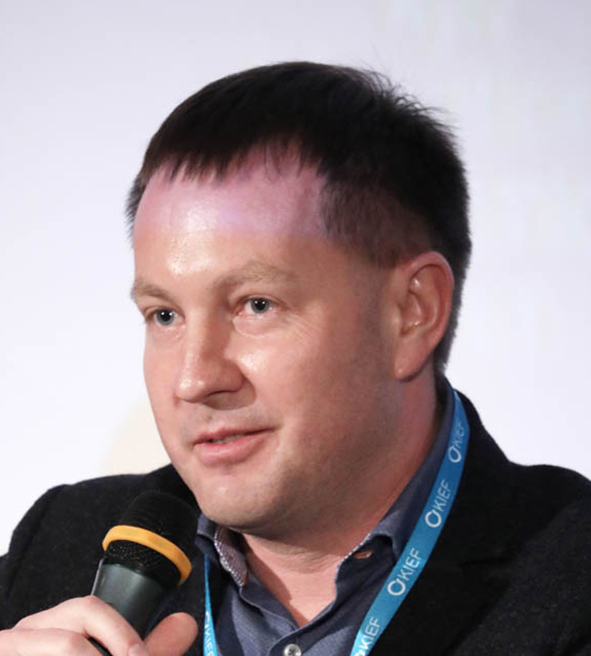 In 2000 he started his work as a sales manager in UKRAVIT Company. In few months he was appointed as a general manager of the company. And in 2001 he decided to buy the company and build his own business.

In several years the company payed for itself and moved to import substitution. Till 2007 it became the Ukrainian leader of plant protection products market, and from 2013 it began selling its products on the markets of Georgia and Moldova. Today the product range of the company consists of more than 140 products, which are produced on its own “Agrochemical Factory”. From 2013 UKRAVIT completely switched on to production plant protection products in its own COEX-tare specifically designed for pesticides.

Vitaliy Ilchenko is sure that if we strive to technological future, we have to process raw materials and export ripe products. Otherwise we risk to become a raw appendage for developed countries. So, in 2015 he decided to found research platform for innovations – Crops Care Institute. Together with “Agrochemical Factory” Crops Care Institute became the first step in creation of biotechnological agriindustrial park.

The project took 3 years and over 8,5 million dollars of investments. And today the scientists of the Institute are engaged in basic and sectoral research in different spheres and also provide agricultural sector with agribiological service.

Vitaliy Ilchenko is the first who implements the research in “Green Chemistry” format in Ukraine. It involves the minimization of the use of harmful substances, waste recycling and use of renewable raw materials, which can supply agriculture. This approach allows entering new fields and markets. So, today the company has already been working on agrochemical, сosmetology and pharmacological projects with centers from Canada, Spain, USA and Switzerland . All this contributes to consolidation of intellectual elite of our country, attracts investment and innovations and сreates the image of technologically developed Ukraine.

At the same time Vitaliy Ilchenko does his best to develop social infrastructure of Ukraine. He supports cultural, sport and ecological projects, provides jobs for people, does charity and also carries out very important mission – creates conditions for clear investment background of Ukraine.

Vitaliy Ilchenko is awarded the Order of Mykola Chudotvorets and the title of Person of the Year in the nomination “Agrarian of the Year 2016”.