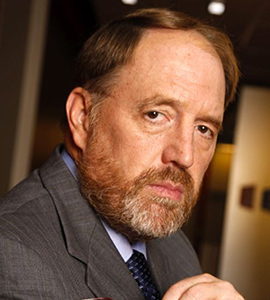 Lloyd M. Bentsen Jr. Chair of Government/Business Relations at the Lyndon B. Johnson School of Public Affairs, the University of Texas at Austin

Galbraith holds degrees from Harvard (A.B., 1974) and Yale (Ph.D. in Economics, 1981). He won a Marshall Scholarship to King's College, Cambridge, and served on the congressional staff, including as Executive Director of the Joint Economic Committee. He is chair of Economists for Peace and Security and Senior Scholar at the Levy Economics Institute.

In 2010 he was elected to the Accademia Nazionale dei Lincei.  In 2012, he was President of the Association for Evolutionary Economics.  He is the 2014 co-winner of the Leontief Prize for advancing the frontiers of economic thought.

His most recent book, The End of Normal, was published in September, 2014 by Free Press. His previous book, Inequality and Instability was published in 2012 by  Oxford University Press, and his next one, What Everyone Needs to Know About Inequality, will also be published by Oxford.