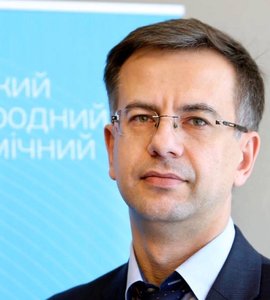 Chairman of the KIEF Organizing Committee

Yurii Pyvovarov is an Executive Director of the Ukrainian Association for Innovation Development (UAID) since 2014. UAID unites leading international and national companies in the spheres of IT, hi-tech, machine building, microelectronics, energy efficiency, science, education, etc. UAID’s mission is to create conditions for high-tech business in Ukraine.

In 2014 he became Chairman of the Organizing Committee of the Kyiv International Economic Forum, where UAID is one of the co-founders.

Since December 2014 is Senior Adviser to the Chairman of the Committee on Industrial Policy and Entrepreneurship at the Parliament of Ukraine.